Just Because It’s a Freeroll, Doesn’t Give You The Right To Play Like An Idiot

You’ve all heard it at some point and in some form. You’re at a table. Someone pushes all in, and someone calls and as they do, they say something along the lines of “What the heck. It’s free poker.” They make a bad call, and take someone out of the tournament. Well here’s what I have to say to those of you who play that way:

That’s right. I said shut the hell up. I’m so sick and tired of people playing free poker who think that since they have no money invested, they have the right to play like an idiot. People will call your all in with AA with a hand like 34 offsuit, and hit with it. It’s these people who give free poker in all its forms a bad name, whether it’s online or in bars. It’s these people who take the fun out of the game for those who play just for fun, and make it difficult for those of you trying to improve your game. Have you ever noticed that these are also the people who rarely make final tables and if they win it’s a total fluke?

You should play the same whether you’re playing for no money, a nickel, a dollar, or a hundred bucks. You should be enjoying the game. You should try to be making yourself a better player every chance you get. Too often someone will play a certain way against people, but when it happens to them they freak out. Remember the saying “Do unto others as they do unto you.”? 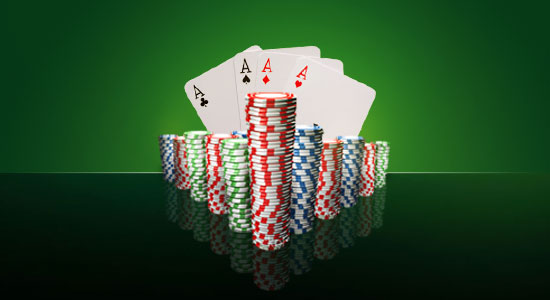 No one realizes this, but when you play poker, even if it’s a free roll, you’re putting something on the line: Your reputation. I know a player, who likes to go all in just because you raise his big blind, who always says “Play me for cash!!!” Well for one I will never play him for money because, to me, his reputation is that of a super donkey, who will play any 2 cards because he can, and will push all in because you raised his big blind. Whether this is true in a money game with him I do not know, nor do I plan on finding out anytime soon. I like the guy as a person, but I have no respect for his game because of how he has played in the past.

You may think you’re a good player, but if you have a bad rep, people will avoid playing with you or just plain will not play with you. There are some people I despise playing with period, and I will not play them for money under any circumstance. I know I am a better player than they are, but they still play horrible hands regardless of what’s at stake. These people will affect your game mentally, because there rep has already gotten to you.

We all love to play poker. It’s because of poker that I’ve met most of you, and made a lot of friends. I owe a lot to the game. There are just some players who I think need to realize they too owe something to the game and shouldn’t play bad poker just because they can…